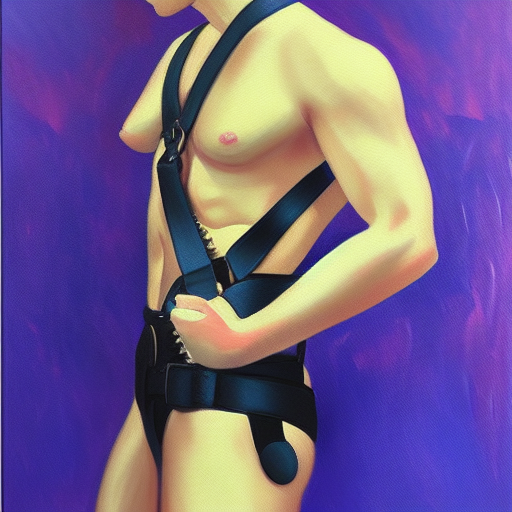 Meditation on expectation is a performance that plays with expectation and anticipation. It resembles a live (movement) installation and is constructed of slow movement, acceleration and slowing down, and objects that are sexually coded as well as random objects. The performance gives the spectator time to ask what is going to happen or how are the objects going to be used – sometimes the expectations are met, sometimes they get twisted or are met in a different way.

The performance is non-participatory. It happens somewhere between the actions on stage and the mind of the spectator.

‍Jan Loukas (They/them) is a dance artist and performer based in Helsinki. They are interested in themes of compassion and negotiating consent in an embodied reality – off and on stage. In their recent projects Jan has been interested in allowing sexuality and pleasure to fuel their artistic work. Jan has been working in various contexts and positions in the field of dance and performance art, from making performances and performing to facilitating groups and teaching.