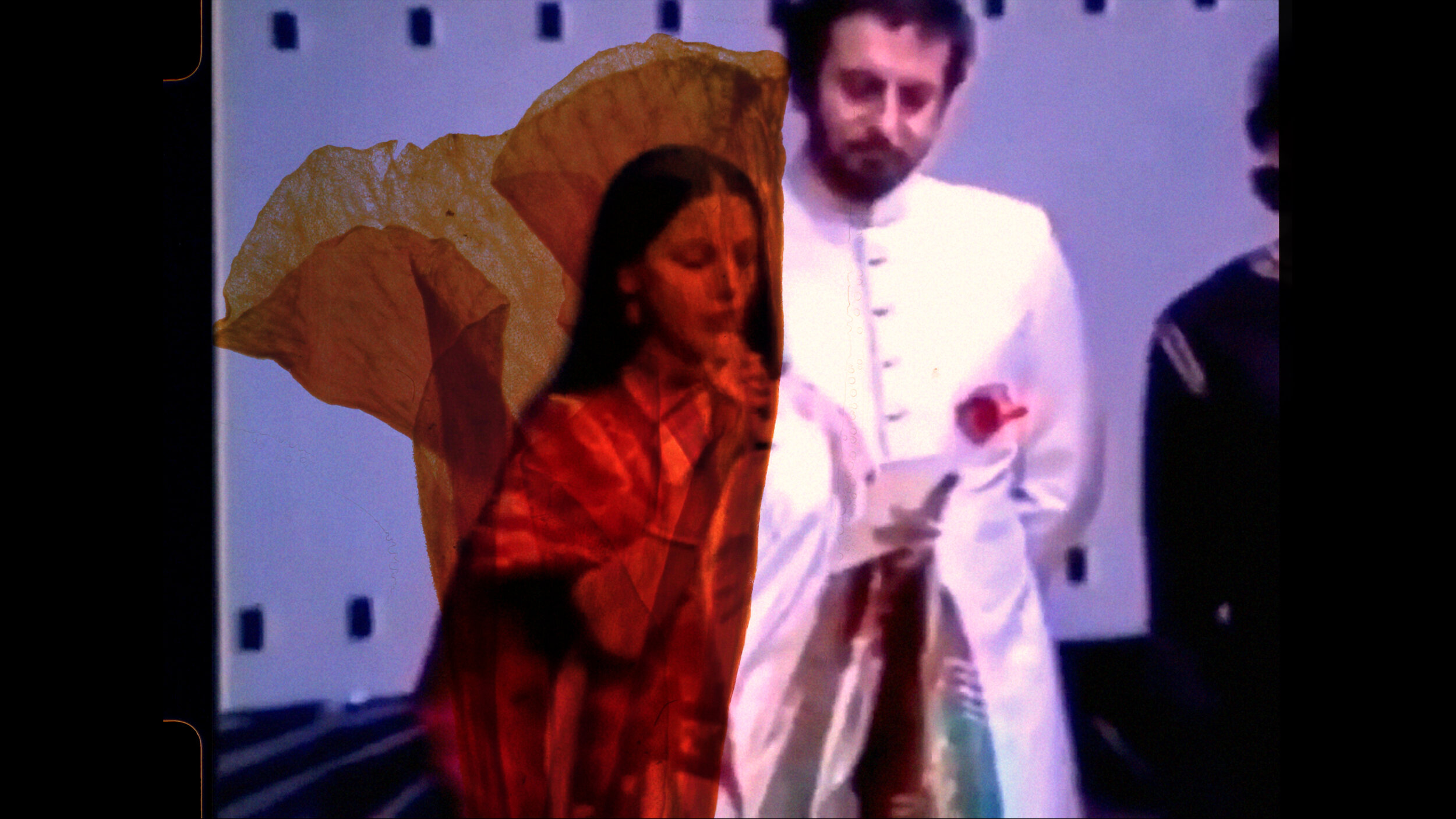 The screenings are curated by Danai Anagnostou

Shot with 16mm film stock that expired in 2002—the same year as the state-sponsored anti-Muslim genocide in Gujarat—and filmed amid the anti-CAA protests in Delhi, the filmmaker traces lines and lineages of ancestral memory, poetry, history, songs, and ruins from his birth in 1989.

A search for solidarity in the sounds and colors of the spontaneous Muslim women led Shaheen Bagh movement in Delhi, in the poetry of Agha Shahid Ali, the song of Iqbal Bano, the theater of Safdar Hashmi, and images of B. R. Ambedkar—the radical anti-caste Dalit intellectual and founder of the Indian constitution—all surrounding a letter addressed to the filmmaker’s distant relative Prabhakar Sanzgiri, who wrote biographies of Ambedkar and was a Communist Party of India (Marxist) leader in Maharashtra.

Letter From Your Far-off Country is the second film in a series of new works addressing ancestral memory, diaspora, history, decoloniality, and cross-continental solidarity. These themes, which run recurrently, think through a series of questions, reflections, and intimations of how we live through moments of trauma, violence, and revolt.

May 5th, 1923. The Dutch East Indies government celebrated the opening of a new radio station in West Java. It was called Radio Malabar. In March 2020, the local Indonesian government plans to reactivate the station as a historical site and tourist attraction. Tellurian Drama imagines what would have happened in between: the vital role of mountain in history; colonial ruins as an apparatus for geoengineering technology; and the invisible power of indigenous ancestors. Narrated based on the forgotten text written by a prominent pseudo-anthropologist Drs. Munarwan, Tellurian Drama problematizes the notion of decolonisation, geocentric technology, and historicity of communication.

Filmed in 2021 on the roads Transamazônica, BR-319 and the real village of Realidade, in the south of Amazonia, Curupira e a máquina do destino is the encounter between the entity Curupira, a queer devil who protects the forests of Brazil, and the incarnated ghost of Iracema, a 14-year-old prostitute.